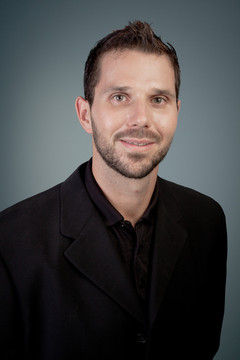 Dr. Jason Sabo considers Edmonton home.  Growing up in the area as part of a large family he has a desire to see families whole and healthy.  As a student, he played collegiate volleyball for Grant McEwan and spent numerous summers as a competitive beach volleyball player.  Today, he enjoys spending his down time outdoors, training as a crossfit competitor and hanging out with his wife, Robyn, and three children.

Dr. Jason is a 2002 graduate from Northwestern College of Chiropractic.  He graduated as Valedictorian and was chosen as the class speaker.  He opened his first practice in Roseville, Minnesota before relocating to Edmonton in the spring of 2004.

This principle struck a chord with Dr. Jason and from that time on he has a passion to remove nervous system interference so that people can achieve optimal health and function at a level that allows them to operate within their God-given purpose and reach the world around them with their gifts.

As a student and during his early years in practice, Dr. Sabo found studying chiropractic techniques fascinating and strived to master techniques he found to provide the most specific corrective care possible.  Over the past decade he has developed his own unique adjusting technique, called Tonal Integrative Correction or T.I.C. , that has proven to be specific, safe and gentle for all ages.  This technique in conjunction with his sincere demeanour and compassion to serve people has helped him grow one of the largest referral based offices worldwide.

Dr. Jason speaks internationally and helps teach other chiropractors about the amazing profession of chiropractic.  Dr. Jason is passionate about chiropractic and revolutionizing your life through this amazing vessel. He truly has a gift that he wants all to experience and looks forward to meeting you on your visit in our office. 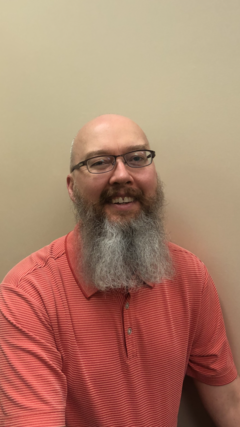 Dr. Warren witnessed first hand the benefits of chiropractic after it helped his father in his 20’s with severe back pain, and again in his 40’s with back pain that was so bad he could hardly walk for nearly 3 months. It amazed Dr. Warren and his family at how chiropractic could help their father with such extreme pain. His brother decided to become a chiropractor first, and he educated Dr. Warren on how chiropractic removes interference to the nervous system helping the body work, function and heal at a higher level. A short time later Dr Warren was in a big accident, and after seeing and learning about the benefits of chiropractic he decided to experience the total health benefits himself. Those 3 God given events and the desire to work with his hands made him realize he was called to a higher purpose to help others through chiropractic.

Many years ago, Dr. Warren met Dr. Jason at a chiropractic seminar in the United States and was surprised to learn they were both from Edmonton. Dr. Warren began receiving adjustments from Dr. Jason and he felt something different, something more in his own body, and knew he wanted to learn how to do that. Dr. Warren was at the first TIC (Tonal Integrative Correction) chiropractic seminar Dr Jason held and has utilized TIC Chiropractic as his main technique ever since.

Dr. Warren is very thankful to be able to Give, Love and Serve. To be that little piece of the puzzle by removing the nerve interference, so peoples bodies can work, function and heal better.

Dr. Warren is in the office on Friday mornings each week. 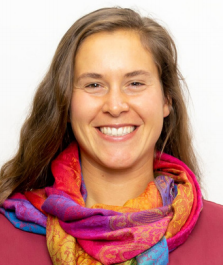 Once you meet Dr. Jill, you will immediately feel welcomed and engaged. She is happy, bright and so excited to serve our community. We are certain you will enjoy your interaction with her.

Dr. Jill is in the office Wed to Sat and assisting on days when Dr. Jason is away. Dr. Jill grew up with her parents and two younger sisters on an acreage east of Edmonton. Extracurricular activities were a large part of her life, some of which included Ukrainian dance, soccer, track, basketball, and volleyball. Dr. Jill’s love of activity led her to pursue kinesiology and sports studies at Augustana in Camrose, Alberta, where she was also able to play collegiate volleyball. This came with some substantial body aches and injuries that limited her ability to play at an optimal level. This led Dr. Jill to try chiropractic care, and as it happens, Inside Out Chiropractic Center was recommended by a family member. After less than a month under consistent care, she noticed not only had her aches and pains subsided, but she also had greater ease and flexibility in her movement.

Dr. Jill experienced the ability of her body to heal under chiropractic care, but what truly inspired her to a career in chiropractic were the interactions she experienced with Dr. Jason. She saw the office as a place where positivity radiated outwards and hope was restored daily, all through a gentle and non-invasive adjustment. This was a refreshing perspective for Dr. Jill, and she knew this was what she wanted to be able to offer people as well. Dr. Jill attended Life Chiropractic College West in Hayward, California, where she graduated with honours in June 2020. It was here she learned in depth about the inborn intelligence that resides within our bodies. This wisdom is what allows us to grow, to heal, to adapt to stress, and thrive in this beautiful life we have been born with.

Dr. Jill is ecstatic to be a guide on your journey toward the creation of health and well-being in your life. She holds the perspective that life is about the expression of more life! Not merely the absence of aches and pains. She knows that by bringing the spine into alignment, it allows the nervous system to return to a state of balance. This allows for proper communication throughout the body, so the cells of your being can coordinate together in harmony, letting you function with coherence like you were meant to. From this place, you can rise to the person you were created to be.

Outside of the office, you will see Dr. Jill finding ways to create and express more life for herself. Being a lifelong student is a passion of hers. She loves gathering with her family for an evening of board games. As movement remains a large and important part of her life, you might find her hiking or on her bike (or cross-country skis during the winter) at one of the many trails around Edmonton. As a lover of vegetables, you might see her frequenting some of the local farmers' markets, or perhaps out in the family vegetable garden, soaking up the sunshine.